In what is to be one of the recent biggest news in the REIT scene, Frasers Centrepoint Trust (FCT) is going to acquire the remaining 63.1% of the AsiaRetail Fund (ARF) assets in Singapore, which comprises of Century Square and Tampines 1 in Tampines, Hougang Mall in Hougang, Tiong Bahru Plaza and Central Plaza in Tiong Bahru, and White Sands in Pasir Ris. Also announced in the news is the divestment of Bedok Point to their sponsor Frasers Property for about SGD 108 million.

Finance wise, FCT is proposing to raise about SGD 1.39 billion via equity, in the form of private placement and/or preferential offering, to fund the acquisition and to repay existing debt. Post-acquisition and divestment, on a pro forma basis there would be an 8.59% distribution per unit accretion and the net asset value of FCT would be at SGD 2.21.

The acquisition also marks FCT’s first foray into offices in the form of Central Plaza, which contributed about 4.9% of the net property income (NPI) of the ARF Singapore assets in the financial year (FY) of 2019.

More information can be found in the official presentation slides here.

What interested me is the two maps which were shared in the abovementioned presentation slides, which showed the catchment area (or “location of influence” in my write up here) of the malls (Figure 1) and their proximity to the MRT stations (or “location of complements” in the same said write up) (Figure 2). I had just written a piece about FCT a while back here where I had described them as the King of the North. With the full acquisition of the ARF properties, FCT is poised to have a huge retail influence and foothold not just the population centres in the north, but in the north-east and east, too. 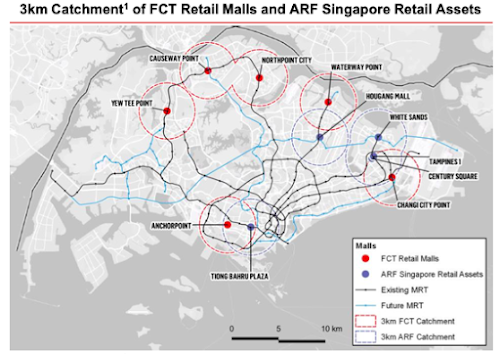 Fig.1 - 3km catchment (or radius) of FCT and ARF malls 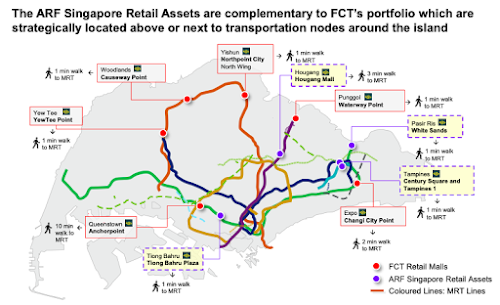 Fig.2 - Locations of FCT and ARF malls and their walking distances to the nearest MRT stations

Despite competition coming in for retail businesses in the form of online shopping and e-commerce, and the recent COVID-19 situation which saw a decline in footfall due to prevention measures such as circuit breaker and social distancing, the crowds are still there. Just visit any shopping centre (FCT’s or others’) during the peak periods and you can see for yourself. The additional advantage of FCT’s malls is that most of them are situated at the residential heartlands, which traditionally act as a hub for nearby home dwellers to run their errands, have their meals (dine-in or take-away) and/or fulfilling other social and recreational needs such as meet-ups. Malls and shopping centres, in our local context, do fill a special place in our way of life. Factoring in the new phenomenon of work from home, I do see potential in this enlarged REIT.

The divestment of Bedok Point is seen as a good move, since it was not ideally located due to its proximity to the much bigger and nearer-to-the-MRT-station Bedok Mall (owned by CapitaLand Mall Trust), and it contributed only about 1.91% and 1.85% of FCT’s NPI in FY2019 and FY2018 respectively (note: NPI did not include those from Waterway Point and ARF malls)1.

An extraordinary general meeting will be convened on 28 September 2020 to pass the resolutions which include the proposed fund raising and the divestment of Bedok Point.

The Bedokian is vested in FCT.